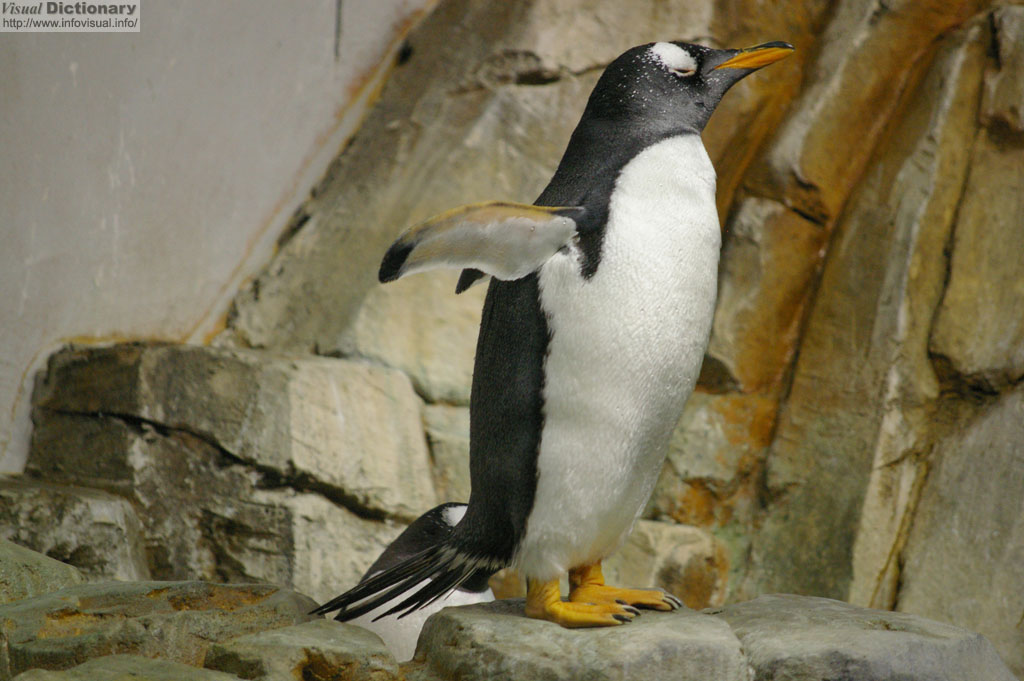 Penguins are a group of aquatic, flightless birds living almost exclusively in the Southern Hemisphere. The penguin seem to have no special fear of humans and have approached groups of explorers without hesitation. Penguins are superbly adapted to an aquatic life. Their wings have become flippers, useless for flight in the air. In the water, however, penguins are astonishingly agile. Within the smooth plumage a layer of air is preserved, ensuring buoyancy. The air layer also helps insulate the birds in cold waters. On land, penguins use their tails and wings to maintain balance for their upright stance.

All penguins are countershaded for camouflage, that is, they have a white underside and a dark (mostly black) upperside. A predator looking up from below (such as an orca or a leopard seal) has difficulty distinguishing between a white penguin belly and the reflective water surface. The dark plumage on their backs camouflages them from above. Penguins either waddle on their feet or slide on their bellies across the snow, a movement called "tobogganing", which conserves energy while moving quickly. They also jump with both feet together if they want to move more quickly or cross steep or rocky terrain.