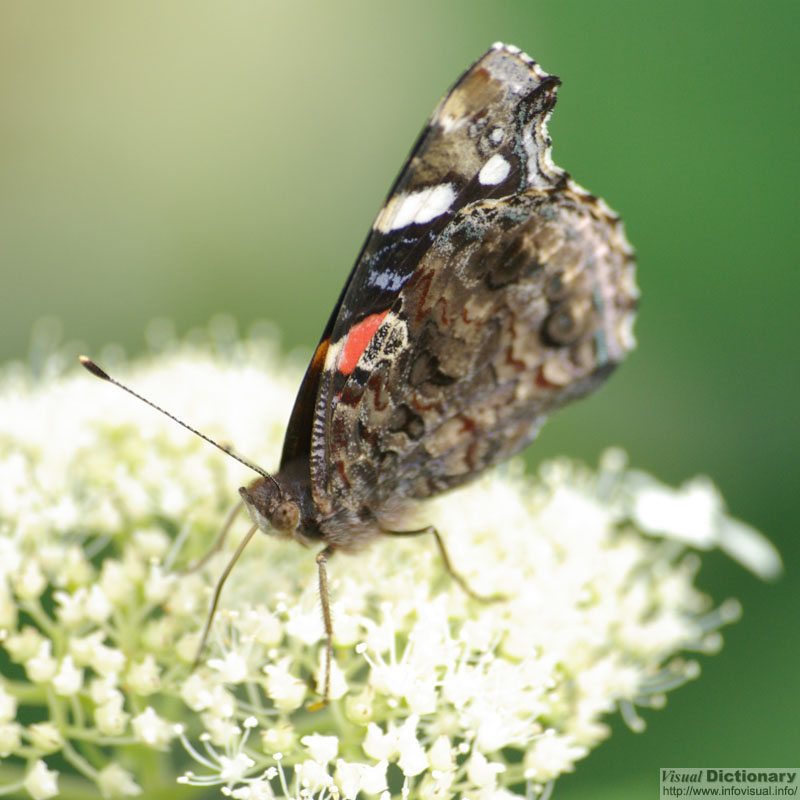 A butterfly is an insect of the order Lepidoptera. Concept of butterflies including the Hedyloidea is an only recently expanded one, but it makes the group a natural clade, the Rhopalocera. Butterflies are notable for their unusual life cycle with a larval caterpillar stage, an inactive pupal stage and a spectacular metamorphosis into a familiar and colourful winged adult form, and most species being day-flying, they regularly attract attention. The diverse patterns formed by their brightly coloured wings and their erratic-yet graceful-flight have made butterfly watching a popular hobby.

Butterflies are characterized by their scale-covered wings. The coloration of butterfly wings is created by minute scales. These scales are pigmented with melanins that give them blacks and browns, but blues, greens, reds and iridescence are usually created not by pigments but the microstructure of the scales. This structural coloration is the result of coherent scattering of light by the photonic crystal nature of the scales.

Butterflies most likely originated in the Cretaceous when the continents were different with climates unlike those of today. That is when the major angiosperm radiation took place. Evidence is gleaned from paleontology where over 50 butterfly fossils have been identified, from morphology and the study of homologies, from molecular genetics and comparative biochemistry, from comparative ethology, and from present-day geographical distributions and ecology. Researchers who accept a Cretaceous origin for the butterflies generally favor vicariant zoogeographic hypothesis for how the major lineages of butterflies came to be distributed over the world, whereas those who favor a Tertiary age rely on dispersalist hypotheses. Some species in the Satyrinae use ferns as larval host plants, and it is possible that butterflies originated before their present-day angiosperm plant hosts. The modern study of butterfly higher classification began with Ehrlich's phenetic use of hundreds of previously overlooked morphological characters in tabular form, across families and major groups. Scoble (1995) and others continued the search for new characters, but with their application to cladism. Lavral characters are now commonly integrated with those from adult butterflies.