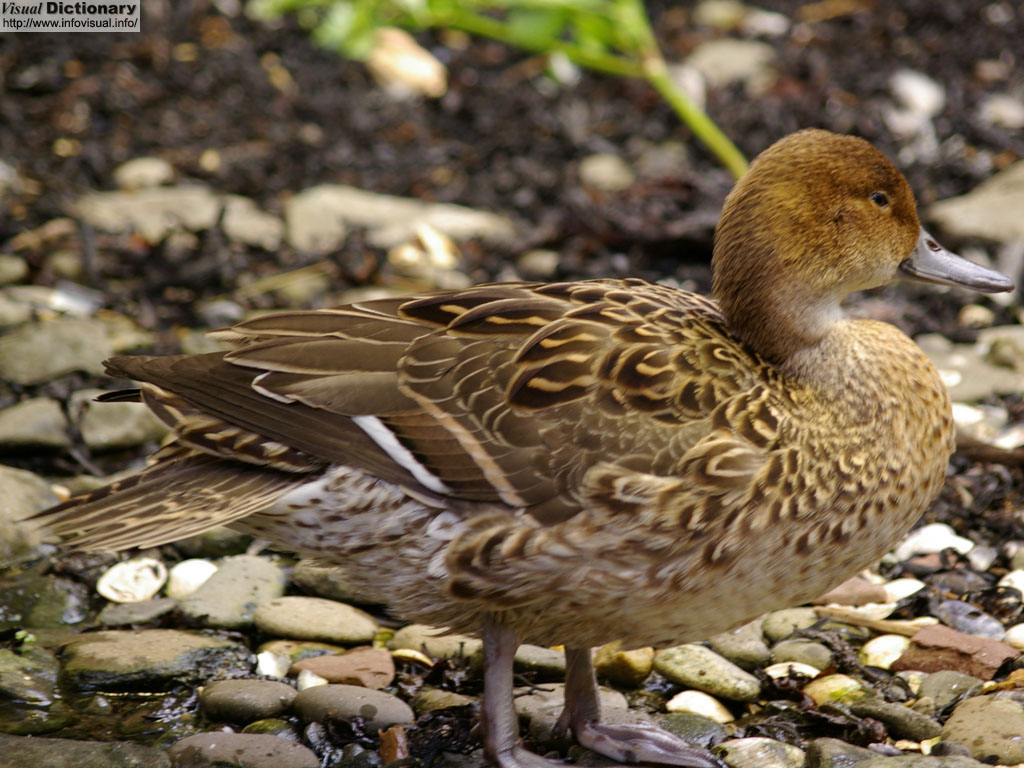 Duck is the common name for a number of species in the Anatidae family of birds. The ducks are divided between several subfamilies listed in full in the Anatidae article. Ducks are mostly aquatic birds, mostly smaller than their relatives the swans and geese, and may be found in both fresh water and sea water. Ducks are sometimes confused with several types of unrelated water birds with similar forms, such as loons or divers, grebes, gallinules, and coots.

Some duck species, mainly those breeding in the temperate and Arctic Northern Hemisphere, are migratory; those in the tropics, however, are generally not. Some ducks, particularly in Australia where rainfall is patchy and erratic, are nomadic, seeking out the temporary lakes and pools that form after localised heavy rain.

Ducks have become an accepted presence in populated areas. Migration patterns have changed such that many species remain in an area during the winter months. In spring and early summer ducks sometimes influence human activity through their nesting; sometimes a duck pair nests well away from water, needing a long trek to water for the hatchlings: this sometimes causes an urgent wildlife rescue operation (e.g. by the RSPCA) if the duck nested somewhere unsuitable like in a small enclosed courtyard.