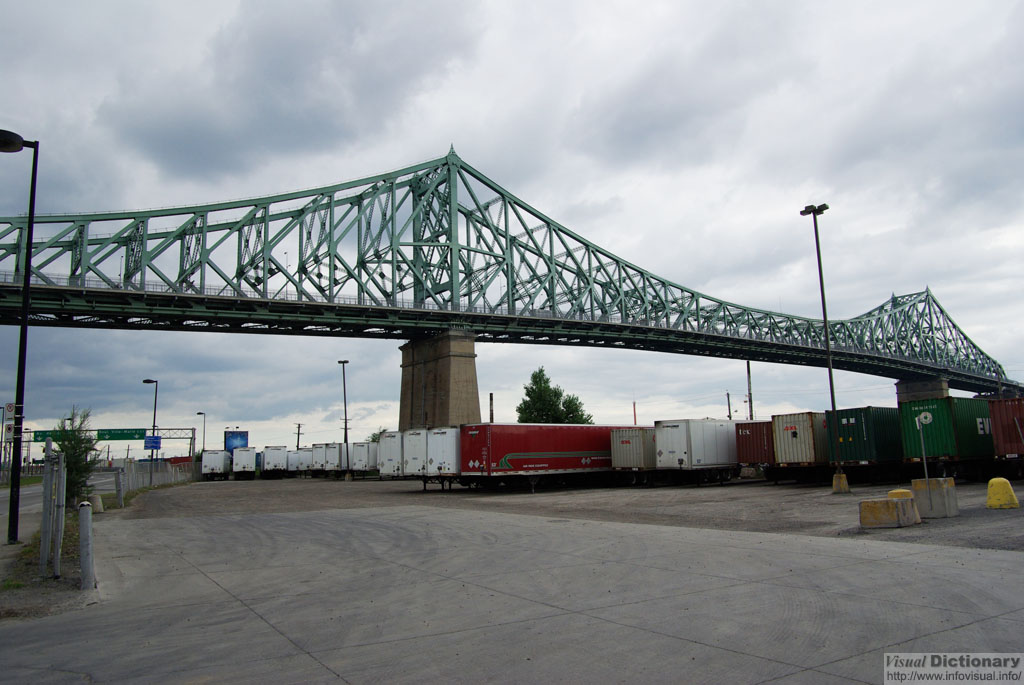 A bridge is a structure built to span a gorge, valley, road, railroad track, river, body of water, or any other physical obstacle. Designs of bridges vary depending on the function of the bridge and the nature of the terrain where the bridge is to be constructed.