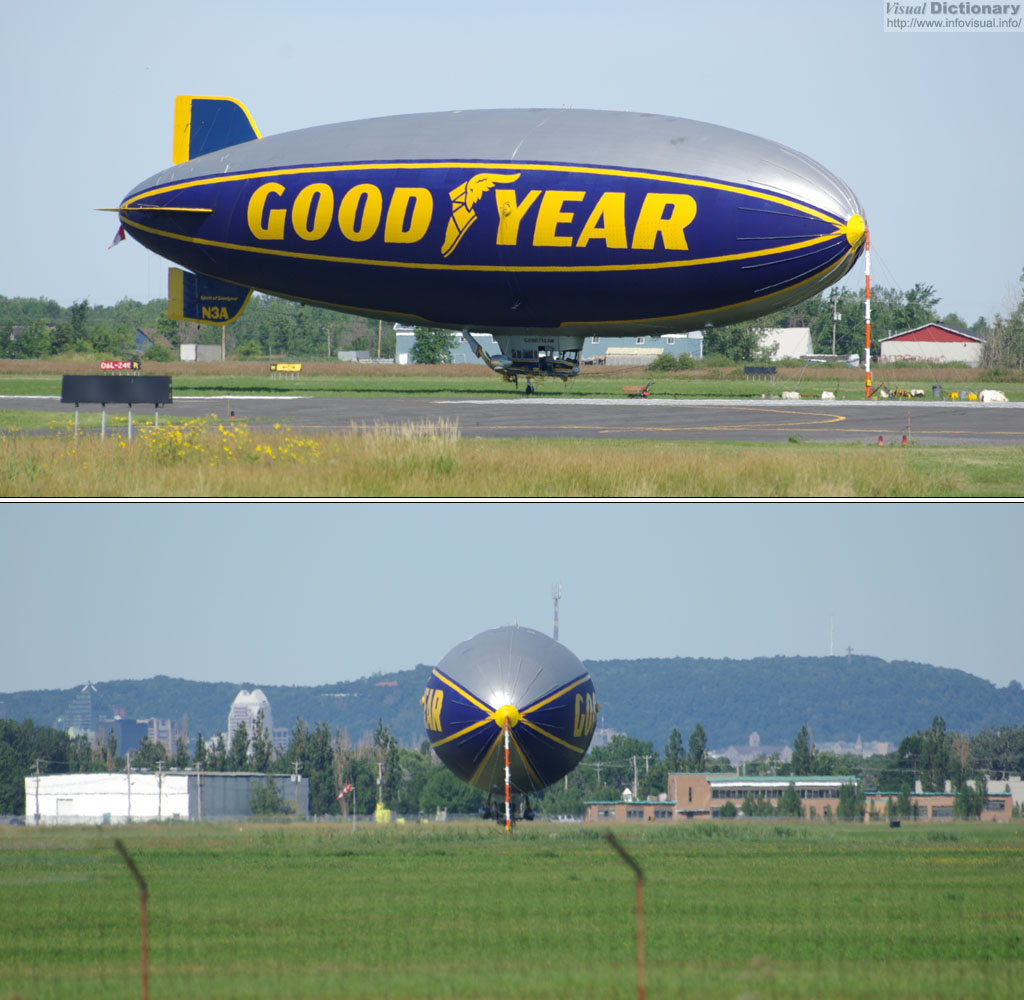 An airship is a buoyant lighter-than-air aircraft that can be steered and propelled through the air. Unlike aerodynamic vehicles such as fixed-wing aircraft and helicopters which stay aloft by moving an airfoil through the air in order to produce lift, aerostatic craft such as airships and balloons stay aloft by filling a large cavity with lighter than air gas.