Internal anatomy of a turtle 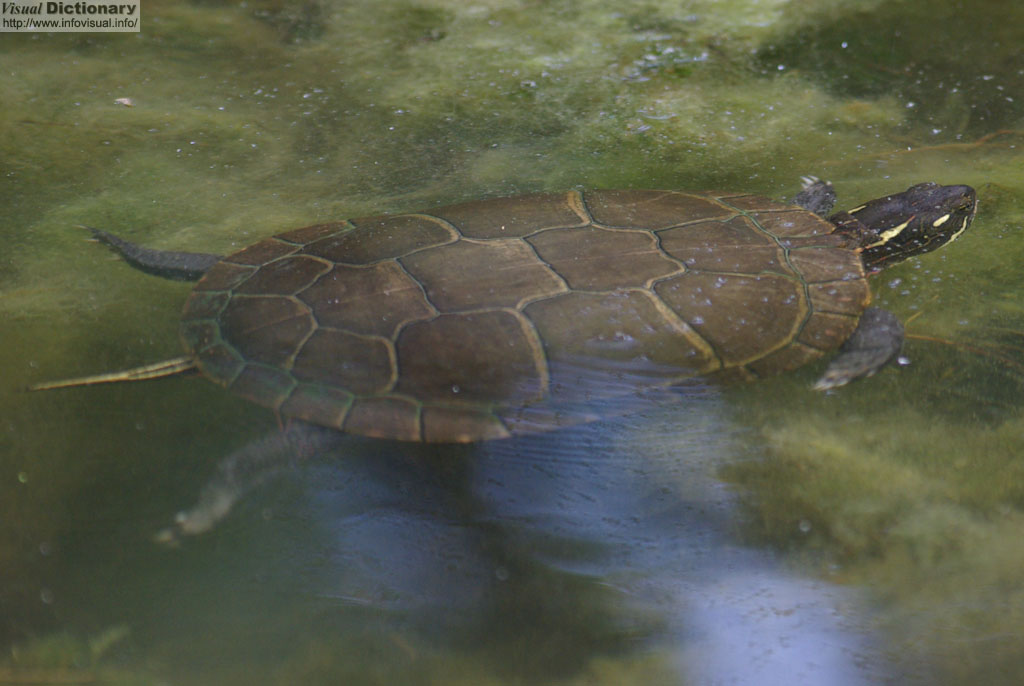 Turtles are reptiles of the Order Testudines (all living turtles belong to the crown group Chelonia), most of whose body is shielded by a special bony or cartilaginous shell developed from their ribs. The Order Testudines includes both extant (living) and extinct species. The earliest known turtles date from 215 million years ago, making turtles one of the oldest reptile groups and a more ancient group than lizards and snakes. About 300 species are alive today, and some are highly endangered. Turtles cannot breathe in water, but they can hold their breath for various periods of time. Like other reptiles, turtles are poikilothermic or "of varying temperature". Like other amniotes (reptiles, dinosaurs, birds, and mammals), they breathe air and do not lay eggs underwater, although many species live in or around water. The largest turtles are aquatic.