Urogenital organs of the frog 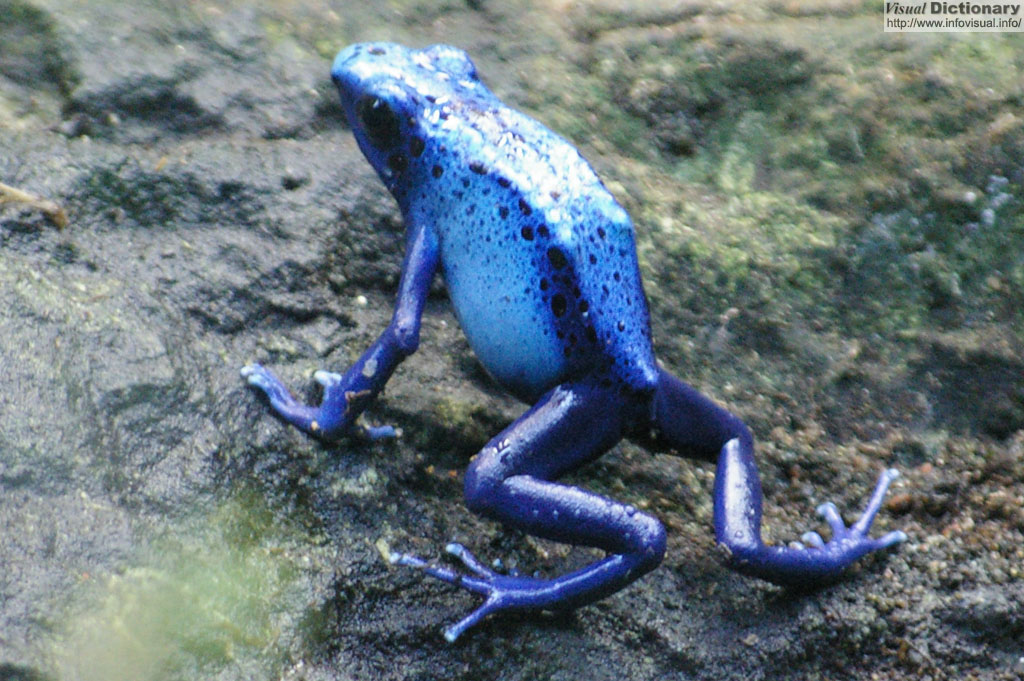 Dying poison arrow frog is a type of poison dart frog found in South America, specifically in the Sipaliwini District in Suriname. Dendrobates azureus is widely known as the Blue Poison Dart Frog or by its Tirio Indian name, Okopipi. The frog has blue skin and black patches, which serve as a warning to would-be predators that the skin contains poisonous alkaloids. It grows between 3 and 4.5 cm in length and has a typical lifespan of 4-6 years in the wild.

Within its native range, Dendrobates azureus is found in dark moist areas, especially under rocks near streams. Unlike most frogs, it lays its eggs on land, usually under a rock in a mossy area. Although poison dart frogs are known for their skin toxin, used on the tips of arrows or darts of natives, in reality only the species of the Phyllobates genus are used in this manner, although all poison dart frogs have some level of toxicity. The paralytic neurotoxins are not produced by the frog itself, but taken from many of its insect prey in the wild and deposited in the skin. As a result, frogs raised in captivity (often for the pet market) lack defensive poison. When these frogs are tadpoles, they also lack defensive poison.