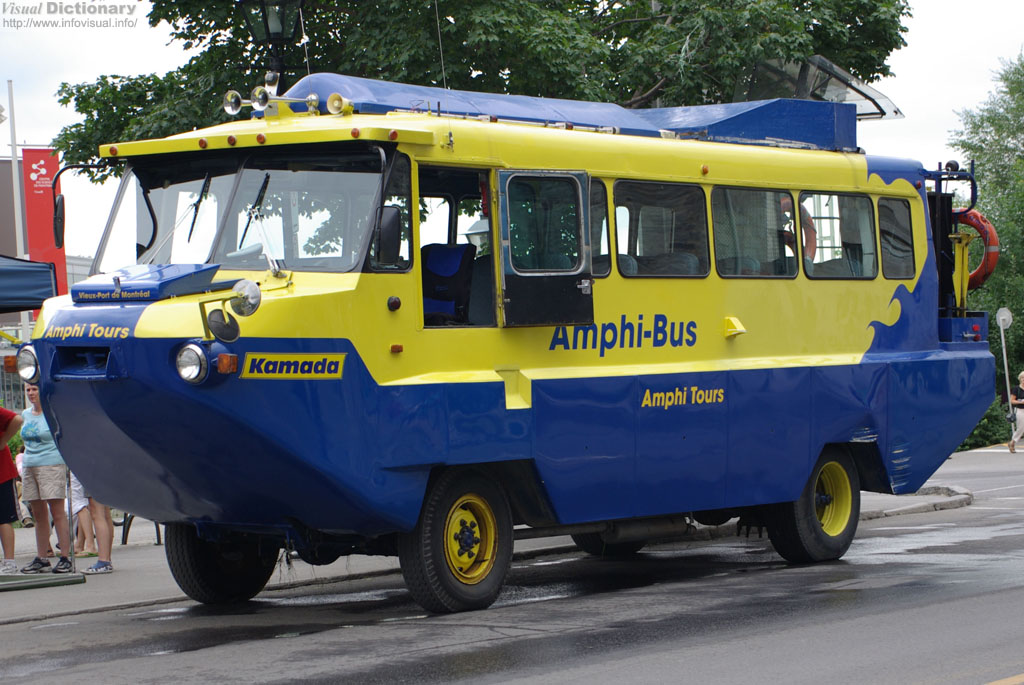 An amphibious vehicle, is a vehicle or craft, that is a means of transport, viable on land as well as on water, just like an amphibian. This definition applies equally to any land and water transport, small or large, powered or unpowered, ranging from amphibious bicycles, ATVs, cars, buses, trucks, RVs, and military vehicles, all the way to the very largest hovercrafts. Classic landing craft are generally not considered amphibious vehicles, although they are part of amphibious assault. Nor are Ground effect vehicles, such as Ekranoplans.