Internal anatomy of a spider 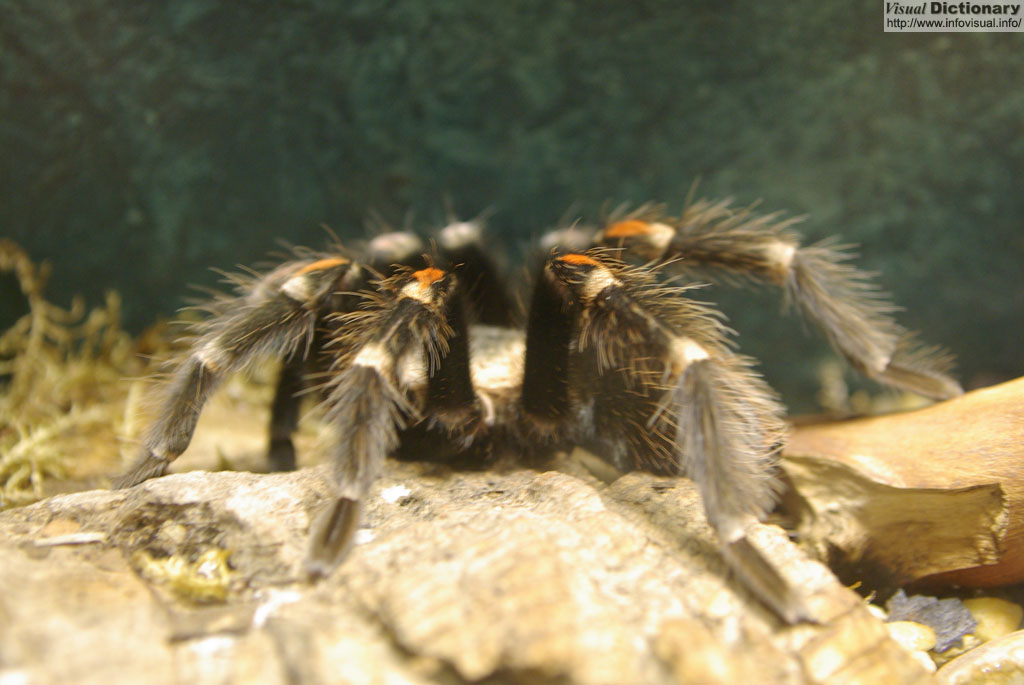 Brachypelma is a genus of the family Theraphosidae containing various species of tarantulas. The species are native to parts of Central America. Habitat destruction and pet-trade collection has led these spiders to be among the few arthropods protected under the international cites laws (Convention of trade in endangered species). They are docile tarantulas whose individuals are easy to keep in a terrarium. The most famous species in this genus are the Mexican redknee tarantula B. smithi, curlyhair B. albopilosum, Mexican fireleg B. boehmei, and the Mexican redrump B. vagans. They feed on almost anything smaller than themselves, so while insects and mice are the norm, they may also eat anoles, frogs, and even live minnows if they are offered. These species, like most tarantulas when held in captivity, often become cannibalistic, so individuals must be kept singly, though brief captive introductions of a mate for breeding purposes rarely result in a dead spider, so long as they are separated once they have finished.

These spiders are exceptionally slow growers and have impressive life spans of around 20 years for females. After hatching from a clutch that may vary from 100 to 600 eggs, the spiderlings will molt every two weeks for the first few months, then less and less frequently as they mature. A full-grown Brachypelma may molt as infrequently as once a year.